66 Royal Mint Street
Back to MapContribute

66 Royal Mint Street
Contributed by Survey of London on May 1, 2019

This substantial four-storey and basement corner block went up in 1890 replacing several small shophouses. It was built as a factory for Thomas Bear & Sons, tobacco manufacturers, employing Edwin Arthur Brassey Crockett, the long-established surveyor to the Fire Insurance Offices’ London Wharf and Warehouse Committee, and James Greenwood & Son Ltd, builders. Simple stock-brick elevations are articulated by a giant order of pilasters and the canted corner by a porch with big console brackets to a strapwork-panel fronted balcony. The ground floor originally housed offices and a showroom, with the drying and processing of tobacco carried out on upper floors. Various warehouse uses followed from the 1920s. Gunsons Colorplugs, for tuning car engines, were made here in the 1970s, since when several changes of use have been permitted, for flats, workshops, offices, a bar and restaurant, and again offices. The building retains the features of its loading bay to the west as well as tall internal cast-iron columns.1

My great grandfather Woolf Moses also known as Woolf Moss rented space here. Trade Directories for 1890, 1891 and 1893 give Woolf's bootmaking business address as 311 Cable Street. In 1890 he had this second trade address at 66 Royal Mint Street. 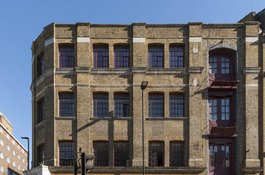 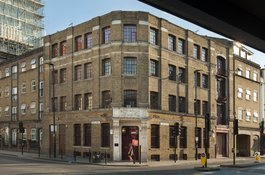 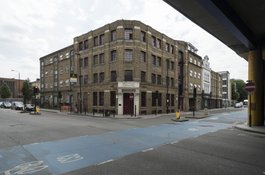 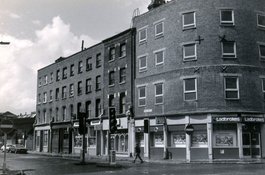 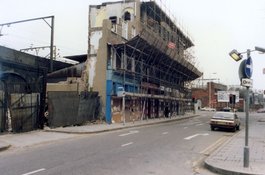