Islamic Bank of Britain, 97-99 Whitechapel Road
Back to Map

This was the site of the Dolphin public house by the early nineteenth century. The premises were rebuilt in 1927–8 for the Commercial Gas Company as offices and showrooms, in neo-Georgian brick with a canted corner. Victor Wilkins was the architect, with Walter Lawrence & Son Ltd the builders. The North Thames Gas Board was here into the 1970s. Above a faience fascia the upper storeys were Lewis Sheldon’s garment factory. Clothing wholesaling continued and the shop premises became a branch of the Islamic Bank of Britain (established in 2004), conveniently situated opposite the East London Mosque.1

To walk to Whitechapel Road, we would go down Greatorex Street, passing the bomb sites on the street, the little houses and the factories opposite Great Garden Street, turn left at the corner of Whitechapel Road, and pass by the Gas Shop, a shoe repair shop next door, Adolph Cohen Hair stylist (where Vidal Sassoon got his start), then Dolcis shoes and continued walking, past Davenant School, where my husband went to school, past Vallance Road, and go shopping along the Waste. I got my first record player plus three records at Wally for Wireless next to Whitechapel Station. There was always music playing along the Waste. Barrow boys calling out the price of fruit and veg. In the winter they had fires going to keep warm and to roast chestnuts plus lights everywhere when it got dark early. You could also get to Whitechapel High Street by going through Old Montague Street, but I never liked going that way as the houses were old and dilapidated. It was a bit scary as a child.

My grandfather ran a successful garment factory from the floors on the upper part of this building.  Access was from a side door in Greatorex Street as the shop on the ground floor was used by British Gas. I went there as a child often after he died as it continued to be run by my mum’s stepmother for some time.

I remember going there with my mother in the 1950s. While she paid the bill, I stood and stared at the gas fixtures that provided light. I was used to electric lights, naturally. Years later, it dawned on me why they used gas instead of electricity to light their premises...

We had a coin-fed gas meter in our flat, so perhaps she was there to make payments on the Ascot water-heater.

Not far from there, men from the garment industry would congregate on the pavement (sidewalk for Americans!) - I don't know for sure, but I imagine that was the place that the workshop owners would come to hire workers.

Going to the Union
Contributed by Maureen on July 28, 2017

Bosses from the Jewish Tailors' Union used to meet prospective workers for hire outside the gas company on the corner of Greatorex Street. The workers used to call it 'going to the Union'. 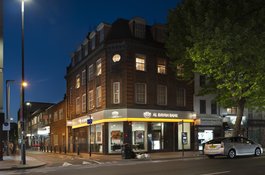 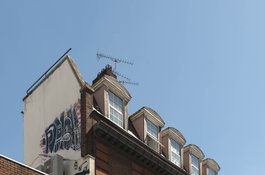