52 to 58 Commercial Road
Back to MapContribute

From Gower's Walk to homes in Hessen
Contributed by Bryan Mawer on Nov. 21, 2016

On the east side of Gower's Walk on the corner of what is now Commercial Road (formerly part of Church Lane) stood a sugarhouse. It was run by John Walton and Johann George Wicke from around 1790, though it had probably been built by others some years earlier. Walton died in 1804 and Wicke continued the business through to his death in 1829. He instructed that the leasehold sugarhouse, dwelling house, warehouse and premises in his own occupation, and the adjoining dwelling house, cooperage, warehouses and premises, were to be sold. There was probably nothing remarkable about this group of buildings other than their height compared to the surrounding dwellings, but George Wicke is certainly worthy of comment.

A single man, sugar refining made him very wealthy indeed. His will not only shows his thought and generosity towards his employees and to many local schools and charities, but also that he left sums to a number of parishes in his native Hessen, Germany, for investment in land, the rents from which were to support the education of deserving children. Further sums of £5000 were left to each of four young family members in Hessen with which they built family homes. Unlike his refinery buildings, these beautiful dwellings are still in use and in wonderful condition. 1 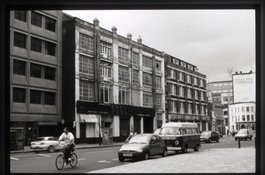 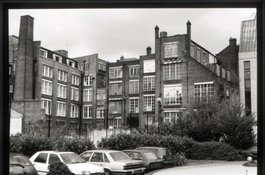 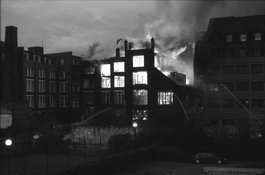