This narrow shophouse, currently a perfume shop, was built in 1900 to the designs of Bird & Walters, almost exclusively pub architects, for the New London Brewery Company. The date stone in the gable, 1900, shows when it was rebuilt but it had been a pub, known as the Angel, some time as the Griffon, later Ye Olde Angel, certainly since 1612. By the later 17th century, the name the Angel was in use, the adjoining alley of the same name is recorded.1

The earliest reference to the Angel is in a will of 1612 when it was still named the Gryffon, and was in the occupation of James Knowles. The testator, Edmund Hartley, tallowchandler, had surrendered to the Manor of Stepney to enable his interest to be transferred for the benefit of his daughter Margerie.2 By 1716 it was held by Roger Fisher, and was known briefly around 1730 as the Tallow Chandler’s Arms.3  By the time Fisher, the lessee and licensee, surrendered to the Manor and bequeathed it to his wife and thence to his nephew, also Roger Fisher, in 1733, it was described as ‘formerly known by the sign of the Griffin and now known by the sign of the Angell, situate … on the north side of White Chapel Street’.4 In the 1760s and 1770s, when ‘The Angel , formerly the Griffin’ was held by successively Ann Edwards and Sarah Bullock, of the neighbouring Swan brewery, the Middlesex magistrates sat on occasion in the Angel, including at the indictment of the extortionists who had targeted the cross-dresser and some-time (as James How) parish officer, Mary East.5

Its appearance shortly before its rebuilding in 1900 is known from photographs and a watercolour of 1884.6 These and an insurance map of 1890 suggest it still was essentially the sixteenth- or early seventeenth-century Angel/Griffin, with a later canted oriel bay to the first floor, with a single mid-nineteenth-century window surround above and a dormer window in the red- tiled roof.7 The rebuilding in 1900 was for the New London Brewery Company, which had its brewery in Durham Street, Kennington Lane, and was in liquidation by 1928.8 The architects were Bird & Walters, a prolific firm with offices in Seymour Place, Marylebone, which designed more than 70 pubs between the early 1860s and the early 1900s.

The identity of 'Bird & Walters', despite their ubiquity as pub architects, has remained obscure, perhaps because they appear in fact to have been several people. The effective founder was Isaac Bird (1807-1884), from a family of Marylebone builders at 21 Seymour Place, Bryanston Square, where he had an office by 1834, later at No 72.9 He is unrelated to his almost exact contemporary, Isaac Bird, of the Bird family of builders and auctioneers active in Whitechapel and Bethnal Green. Isaac Bird of Marylebone was joined in partnership at 72 Seymour Place in 1867 by Aaron Walters (1833-94), a Devon architect who had had an office in Paddington since the late 1850s.10 Both men left substantial estates, yet passed almost entirely below the professional architectural radar - neither was a member of the Royal Institute of British Architects or saw their work published in the architectural press.

The frontage of the former pub is an appropriately simplified version of the larger pubs designed by Bird & Walters in the 1890s (eg the former Cow and Calf, 25 Eastcheap, City). It is faced in red brick with stone dressings beneath the overpainting, the style is an eclectic mix of Tudor (windows) and neo-Baroque (dentil cornices), with a dainty second-floor balcony, which has lost its balustrade. It had ceased to be a pub by 1910, presumably because its diminutive size made it uneconomical, though the shop retains a few plaster details.12 Use since 1910 has been as a jeweller’s with ladies’ tailor, later a furrier upstairs. Abraham Shoot, watch supplies, also occupied rooms from 1911, the business occupying the whole building, latterly with his son Maurice by 1933 until 1960, when the firm consolidated in larger premises in Clerkenwell.13 Subsequently No. 85 has had numerous occupants including handicraft importers and knitwear sales. It has been a perfume and cosmetics shop since c. 2000.14

A theft from the Angel
Contributed by stephen.r.harris on Dec. 16, 2016

On 11 September 1745, the Old Bailey heard the case of Mary Randall, accused of the theft of a silver tankard from the Angel public house in Whitechapel. The full account can be read on the Proceedings of the Old Bailey website.

Mary Randall lived in Whitechapel and had worked for the Angel's licensee as a servant in 1743.  On the day of the theft she came into the pub at around 2pm and asked for a tankard of beer.  She had said she was waiting for a coach to Bow, but remained at the pub until 8pm, drinking in what was described as the 'common public room'.  The licensee was Richard Cross, and his wife Sarah Cross was drinking in the room where a group of brewery workers were also present, served by a barmaid called Mary.  The pub was described as functioning as the Taphouse to Mrs Edwards' Brew House.  One of the drinkers, George Fell, a cooper at the brewery, had been drinking from a silver tankard - but after a while it was noticed that others had left and the silver tankard was missing.  It had been last seen being taken into a candlelit side room by Randall, who herself had formerly been drinking from a pewter tankard and had now disappeared.

Randall and the silver tankard were quickly reunited at a nearby pawnbrokers in Houndsditch, where she pleaded for pardon, having pawned the tankard for six guineas.  It was readily identifiable as it bore Richard Cross's mark 'RCS'.

Mary Randall was found guilty of theft and sentenced to transportation for seven years. 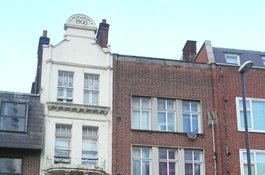 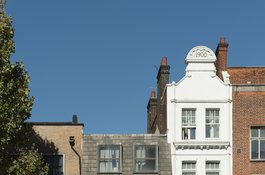 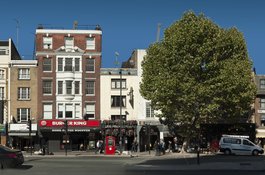