Fresh, 29 Commercial Road
Back to MapContribute

This site was created by the westwards extension of Commercial Road in 1869-70. It was acquired by Henry Bear, a tobacco manufacturer. His heir, Adam Bear, granted John Furze & Co., brewers, a 90-year lease in 1899 subject to a building agreement. The brewery was taken over by Taylor Walker & Co., and in 1901 the agreement and lease were transferred to Solomon Kirstein, a printer based at 38 Church Lane. By 1902 Kirstein had built three three- storey houses or workrooms with shops adjoining at 29-31a Commercial Road, with Herbert O. Ellis as his architect and M. Calnan & Co. as builders. Kirstein himself took the shop at No. 29, living above with his wife, three children and a servant. 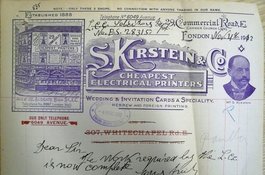 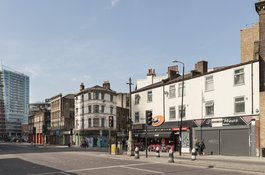 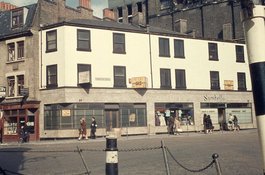 29-31a Commercial Road in 1965
Contributed by Survey of London 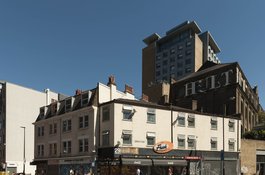 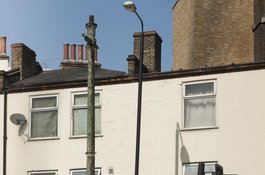 29-31A Commercial Road, with Whitechapel District Board of Works lamp standard of 1870
Contributed by Derek Kendall