65–66 Chamber Street
Back to MapContribute

East of the entrance to Yeomans’ Yard, which survives as a service entrance for the office block at 21 Prescot Street, the site of 66–69 Chamber Street was a car park from the 1960s. The present building at what is now Nos 65–66 was erected in 2008 for Chamber Street Developments Ltd, formed by Christopher Ploutarhou, the founder of gpad (general practice architects and designers) which firm designed the building; RFM Construction Ltd were the contractors. The six-storey block is clad in dark-grey brick with bright green and blue balconies that offer close views of the railway line. Under nine flats, ground and first-floor offices did not let so were converted to be fifteen studios for students.

In 2018 Ploutarhou and gpad London Ltd gained permission as Southern Grove Chamber Street Ltd to build on the adjacent site to the east (Nos 71–73), which has been largely vacant since the Second World War. Plans envisage a seven-storey building of offices and thirty-two serviced apartments.1 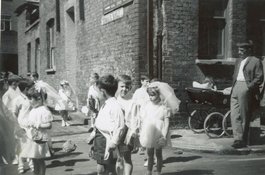 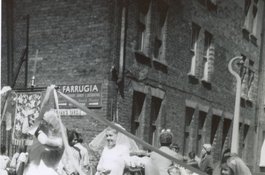