The Castle, 44 Commercial Road
Back to Map

This prominent site at the acute corner with Goodman’s Stile commands an easterly view down Commercial Road. It was the first plot to be leased on this side of the new road. The Castle public house was built in 1871–3 by Thomas Ennor for the Bremen-born publican Gerhard Kaemena (1821–1882), and named after his former pub round the corner on Goodman’s Stile. With its curved prow, it formed a gateway pair with No. 27, which Ennor built at the same time.1 Within there is what might be original wooden and glass shelving, with an octagonal clock behind the horseshoe bar against the wall that separates two bar spaces. The pub remained in German hands after Kaemena’s death. Subsequent landlords were Engelbert Sclengemann, his former potman, and John Frederick Wahlers, here till about 1915.2 By the 1960s the Castle was a Courage pub. It has since become independent, a repainting in modish black in 2015 signifying a change in tone. The basement and first floors host live music, mostly drum and bass, house and techno.3 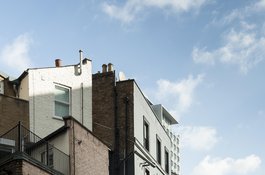 View up Goodman's Stile past the back of 38-40, 42 and 44 Commercial Road
Contributed by Derek Kendall 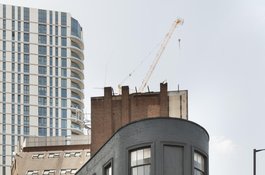 The Castle public house, 44 Commercial Road, view from the east in 2016
Contributed by Derek Kendall