Built in 1900-1 as Commercial Street School by the School Board for London, renamed Canon Barnett Primary School 1951

The School Board for London built this primary school as Commercial Street School in 1900–1. Designs in the latest and most evolved of the Board’s styles were prepared under the supervision of T. J. Bailey. The builders were Ebenezer Lawrance & Sons of the City Road. The site had been Black Horse Yard to the east and the John Bull brewery to the west. Until the Second World War the school was entered via a path from Commercial Street to its south side that had previously given access to the brewery. The school for 800 pupils, rectangular in plan and on four levels, was for infants, boys and girls, with a special section for physically disabled students. The main south elevation has large windows for halls and a top-floor blind arcade, flanked by turret- roofed stair towers set slightly forward. There were full-height outer classroom wings, east and west, principally lit from their return elevations. The north side backed onto St Jude’s National Schools.1

In 1913 a mural, 8ft by 14ft, of ‘The granting of the Commune to the citizens of London by Prince John in 1191’ (an approved LCC subject), was unveiled in the first-floor hall. Louise Rica Jacobs (1880–1946), a Hull artist associated with the Suffrage Atelier, a women’s suffrage group, won the commission in competition.2

The school was renamed Canon Barnett Primary School in 1951 when the west wing, badly damaged in the Second World War, was rebuilt at a lower level in a utilitarian manner, stock-brick faced with strip windows, decorative panels of cast concrete and a recessed third-floor balcony. In 1976 a playground was formed on the adjoining Commercial Street bomb-site. An open ground-floor arcade on the Gunthorpe Street side was filled in 1993 with windows and a new entrance, and in 2011 a lift was added along with single-storey timber and aluminium-frame extensions west and east, for reception and nursery classrooms, meeting and mentoring rooms and a more obvious entrance from Gunthorpe Street. Classrooms continue to flank the original large south-facing halls, that on the second floor now used for dining. At the time of writing, proposals for large-scale redevelopment to the south-west include plans to demolish the school’s west wing and to build over the playground, losses to be compensated for by a playground and sports pitch to the south, on the Spread Eagle Yard car-park site, and a four-storey classroom block, designed by Haverstock LLP architects, that would abut the south front at its east end, with a single-storey range along the east front.3

The School Board for London
Contributed by Survey of London on April 17, 2018

East End historian and guide David Charnick gives some background to the School Board for London which built what is now Canon Barnett School.

[This is] a School Board for London school [which] were the schools that came about from the 1870s onwards. The School Board for London like other schools boards in other cities provided free but compulsory education for children up to the age of 13. In a very real sense, it took them away from the workforce. It's a major step towards improving the condition for children in London, and obviously gave them a proper education which enabled them to break out into more profitable life.

Education was very important for the Victorians to break the cycle of poverty so that you didn't just drift into the same social strata as your parents were. You could actually improve and by improving your condition, obviously, you would improve theirs as well.

[The School Board buildings built] very distinctive buildings. You can see, particularly because of their high windows, the classrooms had very tall ceilings to allow maximum lighting, which is good for the children because they were no doubt living squashed into a room with the rest of their family, and [this] also allowed through a flow of air because a lot of these families would not have access to a great deal of sanitation and consequently a bit of fresh air was needed if you've got a few dozen children crammed into one room. 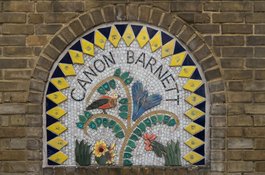 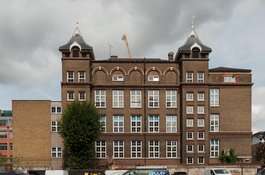 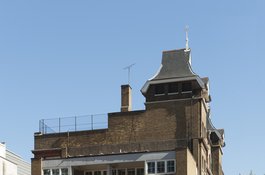 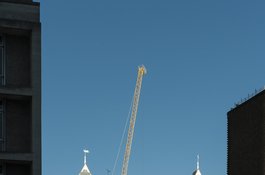