74 Whitechapel High Street
Back to MapContribute

Upholsterer Richard Fawcett (1798-1868) came to London from Kirkby Stephen in Westmorland. He was joined in business by his brother-in-law, Thomas Paddon (1803-1887), born in Pilton, Barnstaple, Devon, who became a Churchwarden of the Parish of St George in the East. On the retirement of Fawcett & Paddon, the business was managed by Paddon's eldest son Thomas (1834-1918).

74 Whitechapel High Street
Contributed by Survey of London on July 5, 2018

The premises on the northwest corner of the High Street and Osborn Street are a rebuilding of 1828-9, by William Monk, horse slaughterer, following a fire on 15 June 1827 that burnt out the large shoe warehouse on the site that included what had been 1 Osborn Street.1 The site, on the corner of what was until the 1780s known as Dirty Lane, an extension from Brick Lane to Whitechapel High Street, was occupied in the early eighteenth century by a building known ‘by the sign of the Seven Stars’ and occupied by a haberdasher and vendor of quack medicines, John Denne, in the 1730s. 2 Since rebuilding in 1828-9 it has housed, essentially, just four businesses. From 1829 to 1899 it was a carpet and bed-linen warehouse (Richard Fawcett 1830-52, in partnership with relatives named Paddon in the 1850s, taken over by Thomas Paddon (1834-1918) from 1859 to 1899).3 The building may have been altered in 1860-1 to the designs of Andrew Wilson, architect (1815-72), perhaps integrating and rebuilding what had been No. 1 Osborn Street to the rear, which has some characteristic features of a warehouse. 4 From 1900 to c. 2000 it was a stationers, for most of the twentieth century a branch of W. Straker Ltd, ‘cheap stationers’, founded in Ludgate Hill in 1863, taken over by Rymans c. 1970.5 It became Khushbu Grill House halal restaurant and takeaway c. 2001, the upper parts, entered from Osborn Street, converted that year from storage (previously variously residential and office use, including a dental surgery in the early twentieth century) to studio flats 6. 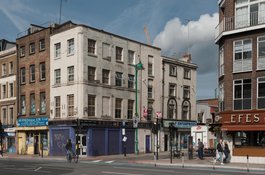 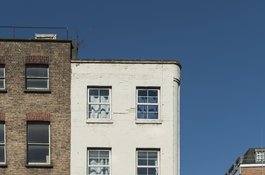 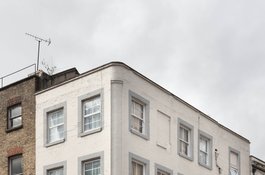