78 Wentworth Street
Back to MapContribute

78 Wentworth Street
Contributed by Survey of London on Dec. 1, 2020

This three-storey shophouse, only one-room deep, is an isolated survival. It was built in 1888–9 by Thomas Brevetor, a speculative builder of Mare Street, Hackney, on a strip of cleared land left over from the widening of Wentworth Street, just north of George Yard Buildings. Above a shop there was a ‘queer little barracks’ of the Salvation Army Slum Sisters, previously resident in a house at the north-east end of Angel Alley that had been improved by Bond and the Earl of Pembroke. The sisters were a corps of Salvationists founded in 1884 to give ‘practical and spiritual aid to the poorest of the poor’: ‘The true Slum Sister … must combine the housemaid and the parson, the sick nurse, medico, district visitor, chaplain, labour agency and rescue society, not to mention a dash of the athletic performer’ with homes to be established ‘wherever there was a centre of moral pestilence’. The first floor was a ‘slum hall’, with benches for meetings, and ‘about as big as a decent West End scullery’ according to Salvation Army Commissioner Coombs. The upper storey could accommodate five sisters, though only two, Emily Haines (1875–1951) and Susan Shaw (1869–1940), were in residence in 1901. The sisters departed in 1906, the building having been sold.1
There were alterations in 1919, probably subdividing the upper floors, and the shop, sometimes two shops, had various uses until the 1930s when one became a sweetshop, which remained into the 1970s. Demolition has been threatened on several occasions since the 1960s in connection with developments on the Toynbee Hall estate. The shops and upper floors have been used variously as a Balti house, minicab office, estate agency and, most recently, a diner and convenience store.2

78 Wentworth Street should be Listed, being the only remaining example of the late nineteeth-century replacement buildings for the Jack-the-Ripper landscape: you can still see where it was attached to George Yard Buildings, where Martha Tabram was murdered. Not only that, but during the murders and until 1906, it was where the pioneer Whitechapel Salvation Army Slum Sisters lived and worked, as depicted in Margaret Harkness’ Captain Lobe (1889). Their first leader and social explorer, Captain James Cooke, though terrified by the murders, inspired his 'Lassies' to put their fight against poverty first, and has as much right to appear on the mural near the Salvation Army’s birthplace in Mile End Road as the more famous explorer Captain James Cook – who was murdered! Contemporary sketches of 78 in the Army’s press very clearly identify it with the present mini-shopping complex. 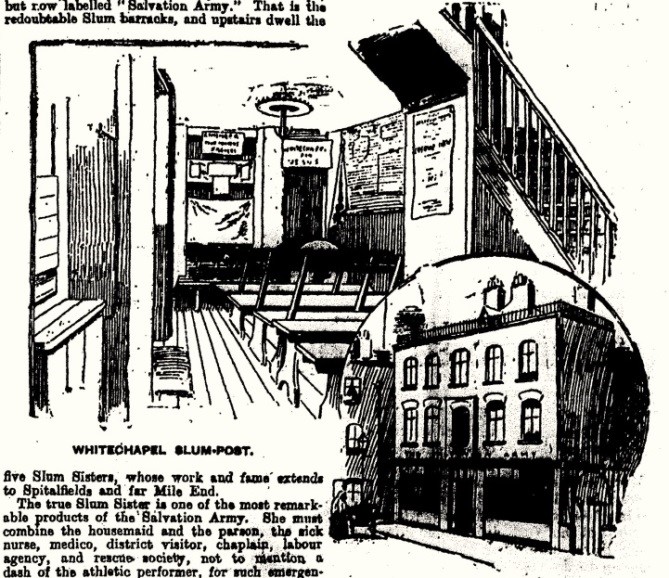 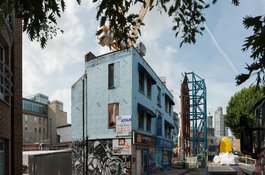