4-8 Whitechapel Road
Back to MapContribute

Charles Webster had this site as part of the George Livery Stables from the mid nineteenth-century with a handsome stone-faced front building. That was replaced on a larger scale in 1929–30 with the present warehouse for Buck & Hickman, tool-makers, who were expanding from their adjacent headquarters. Prestige Co. Ltd were the builders. 1

I worked for Buck & Hickman for eight years in the credit control section under Ernie Gilbert, who was a magician with figures. During that time we were purchased by the Sterling Guarantee Trust (Jeffrey Sterling) who also purchased the well-known company Gamages, later to merge with the P&O company. The newly expanded company was relocated to Bank Street, Sheffield, where I spent a very happy four years. 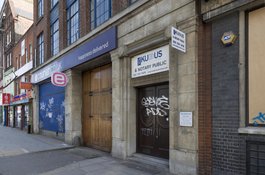 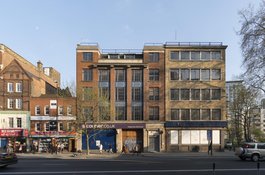