27A Commercial Road
Back to Map

27A Commercial Road
Contributed by Survey of London on June 20, 2016

27a Commercial Road was built in 1876–8 by A. P. Wootton as a speculation. The commercial premises first housed Hyam Goldstein’s cap factory, then Aaram Bagel's boot factory, Burstein Isaacs & Co.'s cigarette factory and then tea packing.1

The premises were redeveloped in  1936–7 with Nos 29–33 Church Lane, with George Coles as architect and Hudson Brothers as builders for M. Freedman, a gown manufacturer. Surprisingly, the façade of the 1870s was retained.

A scheme for redevelopment of Nos 29–37 and 27–27a Commercial Road was prepared in 2012, approved in 2014 and refined in 2016. Initiated by Reef Estates Aldgate Ltd, it proposes a 270-bedroom hotel in a 21-storey tower to be operated by Motel One, a German firm. The architects are Stock Woolstencroft.2 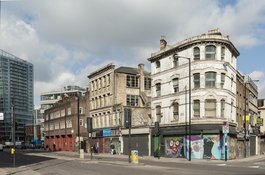 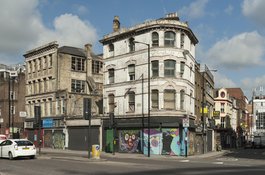 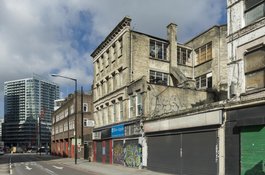 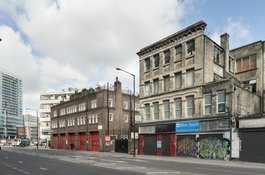 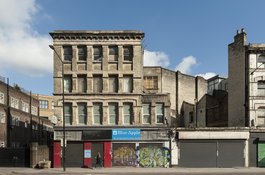