91-99 Fieldgate Street, including Feather Mews
Back to MapContribute

1926-7, garment-making complex with house, warehouse, courtyard and garage, now with shops and workshops

The London County Council took a lease of this cleared site in 1911 for a temporary school. A modest iron structure went up, set back from the road with open space on all sides, and the school opened in January 1913.1 The London Hospital Estate took the site back and it was redeveloped in 1926–7 to plans by Rowland Plumbe & Partners, with W. H. T. Kelland & Sons of Stoke Newington as builders. This was for Eva Pepper, a wholesale costume (dress) maker, who moved a family business here from 201 Whitechapel Road, continuing as I. Pepper & Sons. The three-storey premises constituted a house to the west and a workshop–warehouse block to the east, linked over vehicular access to an internal courtyard that included a garage. Other garment makers followed, and shopfronts were inserted. The complex was refurbished around 2013, with conversions for flats, and for light industry to the courtyard, which became Feather Mews. In 2017 the shops were Gusta and Dessert Island.2 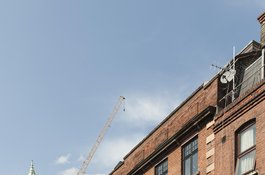 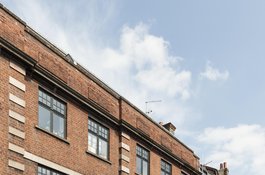 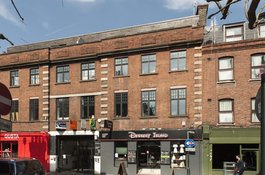 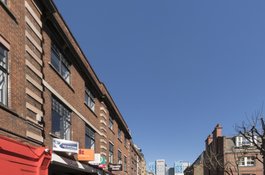