Albion Mills
Back to MapContribute

Albions Mills, 18 East Tenter Street
Contributed by Survey of London on May 7, 2020

The five-bay, four-storey, brick-faced warehouse at 18 East Tenter Street was built in 1905, replacing earlier factories on this site that were linked to the house at 66 Leman Street. The warehouse was built for Israel Hyman and Sons, rag merchants otherwise based on White Lion Street in Pentonville. The architect was Gilbert Henry Lovegrove (1878–1951), a biographer of Sir John Vanbrugh, the builder S. Goodall of Stoke Newington. By the 1940s the building was being used as a ladies’ clothing factory called Albion Mills, which name endures for subsequent use as offices.1 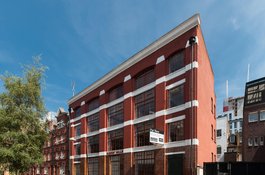 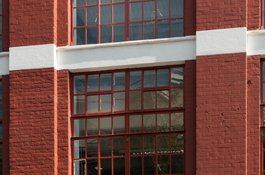