House of a Thousand Destinies
Contributed by Survey of London on Aug. 10, 2018

Extract from Stefan Zweig's reflections on the Jews' Temporary Shelter in 1935:

"Every morning the newspaper shrieks at us of war and murder and crime, and the frenzy of politics fills our minds. But we rarely hear of the good that is done unobtrusively. Yet this is what we most need in a time like ours, for each moral achievement by its example arouses valuable forces within us, and everyman is made better when he honestly knows how to admire the good.

...And so I went to see the Shelter. It is situated in the East End, in an unpretentious street, but need has always found the way to its gates. Arranged on utilitarian lines, without any attempt at luxury, but singularly clean, it awaits with ever-open door the wanderer, the emigrant, who comes here to seek rest and respite. There is a bed prepared for him, a table laid for him, and more. Here he can have counsel and assistance in the midst of a strange world....In the midst of the vast and dread uncertainty that now hangs like a chill cloud of fog over the lives of thousands, he feels for a few days the warmth and the light of human kindness, and - real solace in his inconsolability - he sees, he feels that he is not alone and lost in a foriegn land, but that he is bound to the community of his people and to the higher community of mankind....

Thousands upon thousands of people have, in the fifty years since it was founded, rested and gathered new strength in this Shelter, and have gone gratefully further on their way. No writer or poet could have adequate command of words to describe the variety, the poignant tragedy of these thousands of destinies. For no matter where a new wave of calamity arises in the world, in Germany, Poland or in Spain, it sweeps broken, shattered lives against this one House (unknown to the fortunate, the rich, the untroubled) that has till now gloriously withstood every assault, and whose guardians, with admirable devotion have gladly done their helpful duty...Wonderful, therefore, this House that saves and serves the exiles and the homeless! Gratitude to all who have created and maintained it, this unknown and incomparable monument of Jewish and human solidarity!" 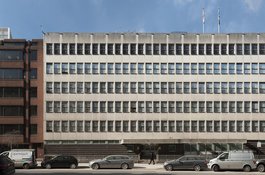 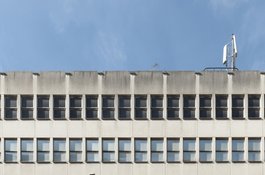 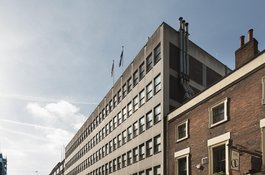