221 Whitechapel Road with 1 Fulbourne Street
Back to Map

221 Whitechapel Road with 1 Fulbourne Street
Contributed by Survey of London on Nov. 17, 2017

A 498-year lease of this corner property was granted in 1675. A century later it had come into the possession of Luke Flood, a painter, who held the whole row approximately back to No. 207. Rebuilding appears to have been undertaken in 1847 for Lescher Son & Co., starch manufacturers who had premises at the north end of what was then Thomas Street. There have been humble shop uses throughout. Formerly brick-faced with Italianate dressings, the building was wholly rendered around 1990.1 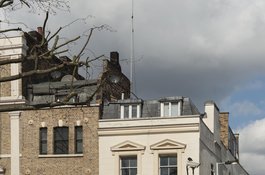 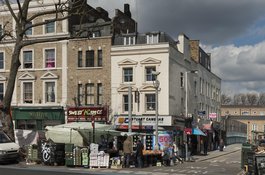