17-19 Alie Street
Back to MapContribute

1730s, pair of houses across Half Moon Passage

This symmetrical pair of houses spans Half Moon Passage. Its origins probably lie with the speculative development of the larger frontage in the 1730s by William Kirkham, a bricklayer. The lower storeys were stuccoed and otherwise altered in work likely to be datable to the early nineteenth century. The houses are entered from the passage via opposed round-headed doorways and are laid out with two-room plans and central staircases directly behind the entrances. Slender column-on-vase balusters and narrow outer-wall light wells were recorded in 1981, as was plain panelling with a trim cornice, all possibly dateable to the early nineteenth century. The little-altered back elevation has a central blind bay above the passage. The pair constitutes the only remaining fabric contemporary with and related to the sugarhouses that once stood to the north. While in common ownership with them up to 1885 the Alie Street houses were let, while cottages to the rear were assigned to sugarhouse workers. Around 1840 and again around 1860, though not continuously, No. 17 was occupied by William Henry Crocker, a chronometer maker, and in the same period No. 19 housed Sophia Ashton, a dressmaker, living with her sister in an all-female household. Repairs in 1874 perhaps coincided with incorporation into sugarhouse use. In 1921 there were works that probably involved reconstruction of the upper parts of the front elevation. Use as a warehouse and office ensued, and then in 1982 conversion to full office use, in a refurbishment overseen by C. A. Cornish Associates, architects, for Central and City Properties Limited. Nearby buildings along Half Moon Passage to the rear were cleared at this time. In 2006 a further refurbishment was overseen by Ray Goodchild Architects for Texel Finance, who took up occupation.1 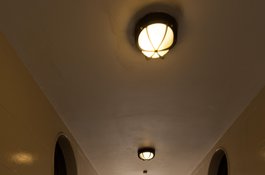 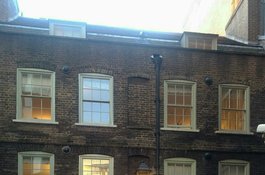 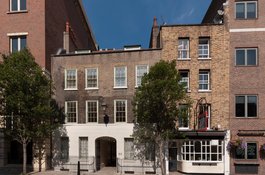 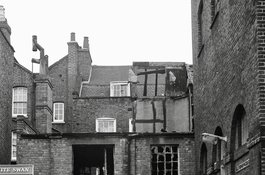