8 White Church Lane
Back to Map

This pair was built in 1852 by Jabez Single of New Road as houses with shops that were first occupied by Mark Berry, a zinc and tinplate worker, and James Fullerton Barber, a printer. Painted brick with gauged-brick flat-arched window heads, No. 10 was part rebuilt in 1886, and retains the south console from a shopfront of 1894. It was much altered and extended to the rear for a bedding factory that was later a silk-screen and joiners’ workshops. 1 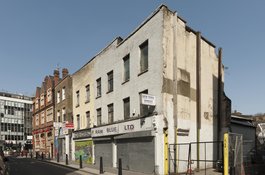 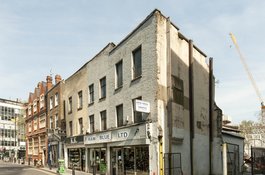 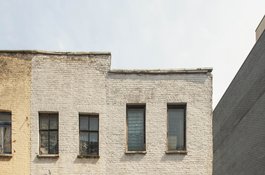