Shaheed Minar
Back to MapContribute

Shaheed Minar
Contributed by Survey of London on June 27, 2016

In 1999 the south-west corner of Altab Ali Park gained a Shaheed Minar (Martyrs’ Monument), a semi-circular concrete plinth with five white steel screens, representing a mother and children, the former to the centre, bow headed in front of a blood-red circle. This is a smaller version of Dhaka’s Shaheed Minar, originally designed by Hamidur Rahman, which commemorates activists of the Bengali language movement killed in 1952. Long desired and petitioned for, the Whitechapel monument began to be planned in earnest in 1996, though not at first with this site in mind. The Bangladesh Welfare Association marshalled contributions from 54 organisations and worked closely with the Council, principally through Mike Howes, the Acting Head of Leisure. Another copy of the Dhaka monument was made in Oldham in 1996–7. Its designers, the Free Form Arts Trust, Hackney based and represented by Tim Ward, were brought in and commissioned to make Whitechapel’s structure larger. Landscaping and the plinth were handled by the Council and Arts Fabrications made the monument which was unveiled on 17 February 1999 by Humayun Rashid Choudhury, Speaker of the Bangladeshi Parliament. 1

The Shahid Minar and the Bengali Community
Contributed by AnsarAhmedUllah on Jan. 15, 2018

Inside Altab Ali Park lies the Shahid Minar. The abstract monument comprises of white column-like structures. The larger structure represents a mother protecting her children with the red sun behind. The Shahid Minar is also referred to as Martyr’s Monument. It encapsulates a very important aspect of Bengali history. The Shahid Minar has a deep cultural and historical significance to the Bengali community. It commemorates the five Bengali students shot dead on 21 February 1952 in a demonstration in support of the right to use the Bengali language within Pakistan.

This event was known as the Language Movement, which began when the Prime Minister of Pakistan declared at a conference in Dhaka that Urdu alone would be the state language of Pakistan in 1952. This created a furore amongst the Bengali student community of Dhaka University and led to a strong protest meeting on 30 January. During the meeting, 21 February was chosen as the day for the students to demonstrate. This was meant an active protest to reiterate the demand to make Bengali, which was the language of more than half of the people of Pakistan, as one of its state languages.

On the 20 February 1952, the Pakistani Government issued Section 144, which restricted gatherings, meetings and rallies. When the students gathered on the 21 February, they defied Section 144 and broke out in a demonstration. The police were unable to control the crowd and fired upon the students, killing 5 men, injuring 17 and arresting 62. This prompted students, industry workers and general public all over the country to join the Language Movement. 21 February 1952 had wider implications. It was one of the first acts of nationalism to emerge in Bangladesh. It ignited fervour and national consciousness amongst the people of Bangladesh and initiated the way for independence.

In February 1999, the Bengali language movement was recognised by the United Nations. It declared 21 February as International Mother Language Day to be observed globally in recognition of sacrifices of the Bengali language martyrs who laid down their lives for establishing the rightful place of Bengali language. This incorporated the Bengali Language Movement into world history as a unique example of struggle for freedom of expression. Every year, at midnight on 20 February, a remembrance ceremony takes place at the park when people come and lay wreaths and sing revolutionary songs. This is known as ‘Ekushey February’, which means the number 21.

The Shahid Minar in Altab Ali Park was the culmination of the partnership between Tower Hamlets Council and the local Bengali community. It was partly funded by contributions from 54 local Bangladeshi community organisations based in the East End. It was from the calls from community leaders that prompted Tower Hamlets Council to allocate a sizeable area to accommodate the memorial.

The Shahid Minar was unveiled at an official ceremony on 17 February 1999 by the speaker of Bangladesh’s Parliament, Humayun Rashid Choudhury. He was joined by local MPs, Councillors and Community Leaders. The Shahid Minar is 15 feet high and raised on 3 foot base. It is replica of a larger monument situated in Dhaka.

The Shahid Minar holds significant importance to the British Bengali community. It stands for the linguistic heritage, recognises and celebrates the cultural roots of the community. The Shahid Minar upholds the image of the Bengali language in the UK. 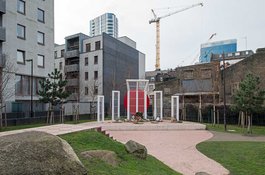 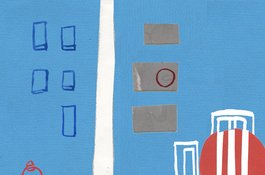 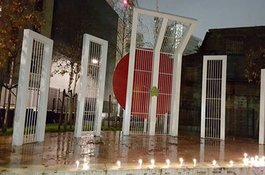