10 Cable Street
Back to MapContribute

10 Cable Street (formerly the Horns and Horseshoe public house)
Contributed by Survey of London on March 5, 2019

The Horse (later Horns) and Horseshoe had been on this site for some time before 1807 when its tenant was Allrich Eden, a German immigrant sugarworker. The pub was rebuilt in 1899–1900 to designs by Henry Hyman Collins, architect, acting for the City of London Brewery Company, with F. & H. F. Higgs, builders. It closed in 1997.1 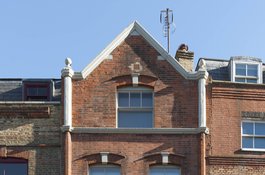