6 Cable Street
Back to Map

6 Cable Street
Contributed by Survey of London on March 5, 2019

6 Cable Street was built in 1898 for Matthew Lee, an oilman of Aldgate High Street and Exmouth Street, by W. Taylor of Percy Road. It was occupied briefly by Philip Feldmesser, a grocer, before Herman Koster then Henry John Van Zyl followed with refreshment rooms. The Missions to Seamen Institute was here briefly around 1920, then C. Freimuller & Sons, butchers, until about 1970.1 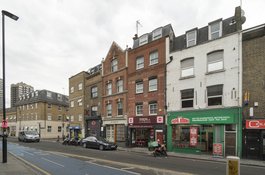 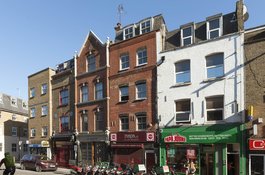