The Buxton (formerly the Archers) public house, 42 Osborn Street
Back to MapContribute

The Buxton (formerly the Archers) public house, 42 Osborn Street
Contributed by Survey of London on March 30, 2017

The Archers public house was at the Old Montague Street corner by 1821, and may well date back to the 1780s when Osborn Street was formed. The present building of 1903 was built to plans by J. Douglas Scott, architect, for A. J. Goddard, Whitbread & Co.’s lessee, with J. C. Richards & Co. as builders. The District Surveyor and London County Council insisted that the upper storey be set back on the south side for the sake of light to other buildings. The pub’s nineteenth-century predecessor had not been so constrained.[^1] 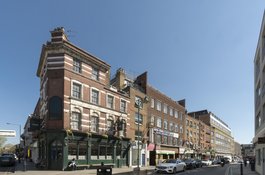 The Archers, 42 Osborn Street, from the north-west looking down Osborn Street in April 2017
Contributed by Derek Kendall 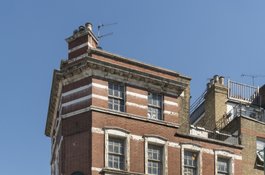