Londinium Tower, 87 Mansell Street
Contributed by Survey of London on May 6, 2020

This site, which covers what were formerly ten and previously eleven small plots at 87–95 Mansell Street and 38–42 Prescot Street, lay immediately west of the only passage into the Tenter Ground for more than a century. Properties here were probably commercial in nature from the seventeenth century. It appears that there were warehouses to the rear by the 1740s.

The house on the site of No. 87 was occupied by Abraham Elias Levy by 1750. Levy Isaac, a jeweller and merchant, had followed by 1770, with other Jewish merchants, Isaac Mocatta and Jacob Isaac, succeeding into the first years of the nineteenth century by when there was a back building that soon became a full-depth warehouse. For many years the premises also accommodated coffee rooms. Following redevelopment in 1880–2, Hugh Wood and Son, provision and then tea merchants, occupied a five-storey warehouse here up to its demolition in the 1960s.1

Captain George Curling was at No. 89 around 1770 followed by John Hawes, a sugar refiner, in the 1780s. Richard and James Waller, father and son and gun- makers, were occupants of the three-storey and basement house at No. 91 by 1750 into the 1780s. By the 1790s Nos 89 and 91 flanked a covered passage that led to a factory on West Tenter Street. Catherine Lazarus, a wine merchant, occupied No. 91 around 1849 when a forge was erected behind No. 89 for Palmer, Field & Co., gun-makers. From 1870 until 1959, Farrow and Jackson, machinists, engineers, and workers of metal for wine merchants, held both properties as warehouses, workshops, and offices. The yard was roofed over in 1896.2

Small shophouses on the Prescot Street corner were occupied around 1740 by a cheesemonger and a cloth-worker with the Hoop Tavern sandwiched between. No. 95 on the corner later housed a goldsmith before the 1840s by when it had fallen to use as a restaurant, No. 93 was similarly used by the end of the century before being taken by David Lyons, outfitters. After rebuilding in 1907 when the corner was rounded off in connection with the southwards extension of Mansell Street, No. 95 continued to function as a café until Second World War bomb damage precipitated abandonment.3

In 1965, a brick- and mosaic-clad eight-storey block of shops, offices, warehouses, and workshops went up on the sites of Nos 87–95 and 38–40 Prescot Street, its entrance set back on the corner. This was replaced in 1998–2001 by a larger and mostly eight-storey stock-brick faced block that is pompously called Londinium Tower. Designed and developed as Prospect Tower by Berkeley Homes, who agreed to pay Tower Hamlets Council £1,207,900 in lieu of providing ‘affordable’ housing, it is significant that this was a residential development, eighty-four flats with a basement car park. A few years earlier it would have been offices. The south-west corner steps back to allow for a gaudy stack of balconies under a disc-like canopy, gracelessly acknowledging the building’s position on a busy City-side junction. The ground floor was made a Wetherspoon’s pub, the Goodman’s Field.4

Early buildings at the west end of Prescot Street's north side
Contributed by Survey of London on Aug. 4, 2020

At Prescot Street’s west end, between Mansell Street and West Tenter Street, a row of five modest shophouses (Nos 37–41) (Nos 37–41, previously Nos 33–38) included the home of Samuel Falk (the Ba’al Shem of London) from 1747 into the early 1750s (see p.xx). He lived here with his factotum, Zevi Hirsch of Kalisz, whose diary records remarkably detailed particulars of their struggles with poverty as Falk established a reputation as a kabbalist, maintaining a private synagogue in the house.1 In the nineteenth century there were coffee rooms and a fried-fish café. An adjoining three-storey house at No. 42 was held in the early nineteenth-century by Benjamin Louis Lecand, a carver, guilder, stationer, looking-glass manufacturer, and paper-hanger. He was perhaps responsible for installing a dainty pair of bow windows. Edward Scotchburn Snell, a silver tinplate worker, followed through the late nineteenth century.2

Nos 43 and 44, set back, were a grander pair, with a well-proportioned five- bay façade of early eighteenth-century appearance, gables to the rear perhaps indicating origins in the 1680s, this being at the west end of the site leased to William Chapman in February 1685. No. 43 spanned a passage that was the only way into the Tenter Ground until 1815. Early occupants of Nos 43 and 44 were a locally typical mixture of captains and merchants. In 1777, No. 44 was described as having a ‘genteel parlour to make an office’.3 John Wilson, a second master in the Navy, had a lease in the 1820s. In the 1840s, No. 43 accommodated a ‘modest and humble’ school run by John Levy then by Godfrey Jacob Fles, Ashkenazi Jews, and No. 44 a boarding house for ‘ladies and gentlemen of the Jewish persuasion’. After the First World War, No. 43 was used by the Jewish Ex-Servicemen’s Legion.4 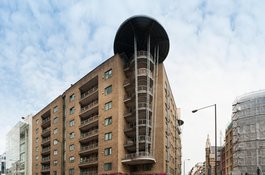 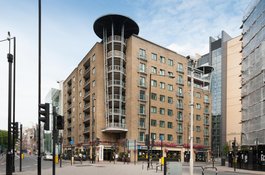