Cityside Jobcentre Whitechapel
Back to Map

I left school in Summer 1977, and in the short period before finding a "proper job", this building was where I went to "sign on" to claim unemployment benefit. This was the time of the famous form UB40, a name adopted by the famous British 80s era Reggae band. Their debut album was called "Signing off" referring to the process of ending a claim for benefit.

The building had a large internal space, presumably to handle what I guess were large numbers of unemployed people in this part of the East End when it was first built in the 1930s.

My memories of that time, and what I felt then too, was that entering the building, joining the queue and signing on was as if you were being transported in a time machine back to that 30s depression era.

For me, it felt dehumanizing and impersonal. It was a tick-box process "still looking for work?" yep - tick. I was glad to escape it soon afterwards when I got a job in the Civil Service. 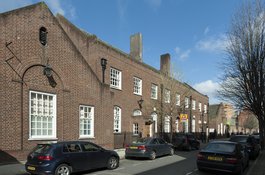 Job Centre, Settles Street, view from the south-east in 2016
Contributed by Derek Kendall 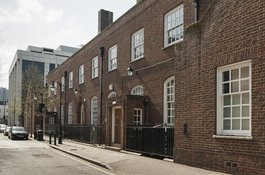 Job Centre, Settles Street, view from the north-east in 2016
Contributed by Derek Kendall 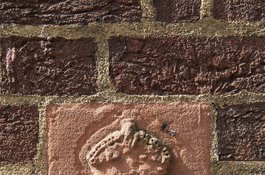