197 Whitechapel Road
Back to Map

A single-storey shop is all that remains in the place of a three-storey building that housed apothecaries and surgeons in the early nineteenth century and then a chemists’ from the 1850s until about 2014. It was reduced in scale as a consequence of Second World War bomb damage.1 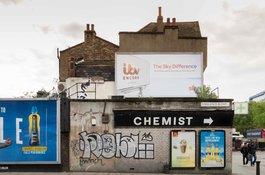